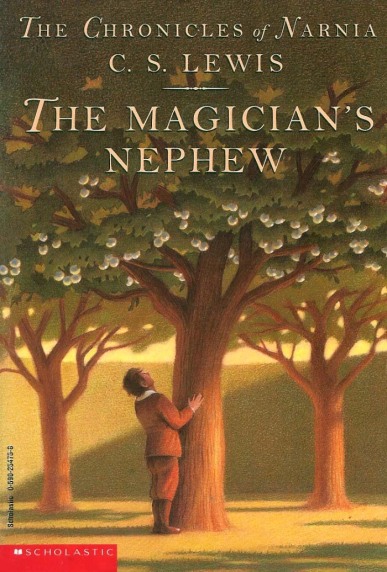 The Creation of Narnia

(A Book Review of The Magician’s Nephew by C. S. Lewis)

For readers who have started their journey in the magical land of Narnia by means of The Lion, the Witch and the Wardrobe (and subsequent books in the series following the original order by publication), one can’t help but wonder how had this fantastical realm ruled by a majestic lion and inhabited by talking animals, fauns, dryads and naiads, along with equally ghastly creatures, came to be.

Previous instalments would have provided C. S. Lewis multiple courses to take on in the continuing series of The Chronicles of Narnia. Right after the end of The Silver Chair he had left us with the prospect of another adventure featuring Eustace Scrubb and Jill Pole, while The Horse and his Boy gave us a glimpse that he may have another unexplored story set during the reign of the Pevensie siblings in Narnia’s Golden Age. Rather, Lewis chose to tackle the foremost question that eager fans seem to have in mind: what are the events that happened long before we entered and discovered the wonders of the land beyond the wardrobe with Lucy?

The Magician’s Nephew works as the prequel in the series relating all the occurrences that has gone on even before there was a Narnia. It all begins on the fateful day when Polly Plummer befriends Digory, a country boy who is still at odds with the way of life in the City and feels desolate over his mother’s failing health. On one of the wettest and coldest summer season they had known in years, when it is nearly impossible to do anything outdoors, they decided to explore the common attic which connects the row of town houses on their block; of particular curiosity to both of them is the strange and abandoned house on their street. Yet more than being the source of mystery and suspense that lie in wait for the both of them the secret passage to the house next door leads to a fascinating adventure none of them could’ve ever imagined.

I believe the single most remarkable thing that makes The Magician’s Nephew an unforgettable read is in how it brilliantly ties up the loose connections from reading the first book (again, I stress the importance of reading it in its original publication order or else the sense of wonder would have been lost to you) in the Chronicles. More surprisingly, some elements that you thought have no bearing at all in the overall arch of the series in the first place suddenly bears a striking significance. The experience is, more or less, like that of finally putting the last piece in a jigsaw puzzle, suddenly achieving that all brain high we call an AHA! moment that with the quick flicker of the bulb we are at awe as the big picture takes recognizable form, uncovering right in front of us.

Limiting the book’s role to that of explanatory one is giving it a disservice though, in my opinion. The Magician’s Nephew remains a very much fantastical tale and like some of the earlier books displays Lewis’s ingenuity not only in giving Narnia a distinct sense of history wrought by Deep Magic, but also in Lewis’s inference that there could be a multitude of creation stories, with planets populated by their own unique people ( or more specifically, parallel and multiple universes) shown by the Woods between the Worlds. It’s one of the most staggering and engaging ideas presented in the book; what’s disappointing though is that we’re only given a preview of it.

True to Lewis’s study and interest in Christian faith, The Magician’s Nephew, being a tale of creation, echoes some of the imagery from the passages of Genesis. The reader is stunned — together with the book’s key characters — with the inspiring image as Aslan sung Narnia and its inhabitants into creation. Lewis also subtly highlights the lesson of stewardship when Aslan places the care of all the things He made upon the hands of the first King and Queen of Narnia when He judges both of true conduct. 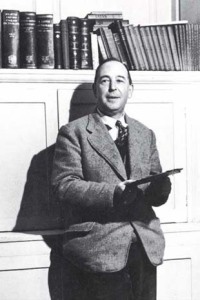 It is important to note that Lewis didn’t set out to copy what transpired in the Genesis or watered it down to suit the understanding of his young readers. As I see it he used it as a cast, turning the Biblical story on its head and it’s interesting to see the similarities and differences meld so well. What results is that Lewis managed to get across his beliefs or views without getting too overwhelming for the readers and at once retains the overall moral guidance of the Creation story.

Perhaps one of the most important themes of the book is the frightful war between creation and destruction, forces that tug at the heart of humanity. It’s a known fact that Lewis wrote the book after people saw the two great wars that shook and shocked the world, pointing a grim reminder that humankind have become monsters among men. Lewis points out that more than the singular effect destruction may have brought about it still cannot surpass the singular power of creation.

No more, no less The Magician’s Nephew is still a very much fantastic tale woven around elements of reality grounded nevertheless in the tradition C. S. Lewis set out through The Chronicles of Narnia. Not to simplify the book’s message, it reinstates that God creates and what he does he gives freely to His people. Ultimately it is up to us either to wield it for good or ill. We are but stewards of this world.

4 thoughts on “The Magician’s Nephew by C. S. Lewis”

Feel free to post any of your thoughts, comments, and reactions. Cancel reply

Hi, I’m jzhunagev! Reading books is my life and I have always been entranced by the power of words. I love the pull of a good, well-drawn story, regardless for what age it is written for; no matter what genre it belongs; whether it’s fiction or not; whether it’s written in ink on paper or pixels on screen, or as a limerick. If it reaches for utter humanity, in jest or in earnest, I’m going to like it.

Where I Lurk Elsewhere

A Proud Member of

Dark Chest of Wonders by jzhunagev is licensed under a Creative Commons Attribution-NonCommercial-NoDerivs 3.0 Philippines License. Based on a work at darchwonders.wordpress.com

2010-2017 © Dark Chest of Wonders - jzhunagev. All Rights Reserved.
No content or images on this blog site may be used without the permission of jzhunagev and/or the respective image owners.
Loading Comments...
%d bloggers like this: